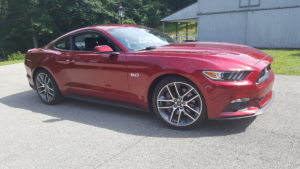 Comments: I bought this with the intent on having it fixed up as a Rat Rod or old time Gasser.  The look of the car is awesome…But, I could not find anyone to build it for me, so I decided to make room in the garage.  Hopefully I can find one already completed at an affordable price.  Sold to a local guy, hopefully he will have fun with it. 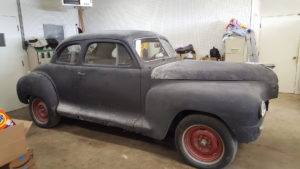 Comments: I picked this up for a good price, did some updates and fixed the wind shield wiper.  It was great driving around in the woods.  The lift kit was a little too high for daily driving.  Decided to sell it and find a Jeep that is not lifted. 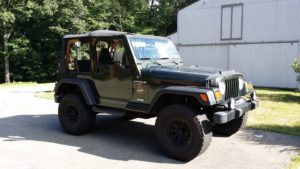 Comments: This was one of the nicest sounding exhausts I have encountered with a car.  Having a Ford 331cu stuffed into a Miata is a fun project.  I was lucky enough to just buy the car and actually not have to build it.  I had fun driving it, but quickly lost interest.  I blame it on the Jeep Wrangler I bought….4 wheel drive in the mud is new for me.  Sold it on eBay. 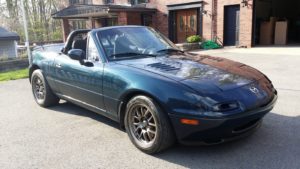 Comments: Sold this around August 2014.  Finally had gotten the blue evo I wanted, but for some reason I just wasn’t excited anymore with the Evo’s…just lost interest in the cars.  This was a really nice Evo…and last I saw it was still in the Pittsburgh area. 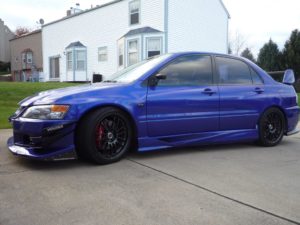 Comments: Sold this June 2012 after keeping it for two years.  This was the fastest Evo out of the three, but never got around to getting the bigger turbo.  The next one will most likely be the last Evo I buy…but it will have to be a blue evo.

1990 Mustang GT Convertible
Comments: I bought this locally with the intent to resell, it was probably the nicest Mustang GT I have seen in a long time, I almost kept it, but found a buyer at the right price. 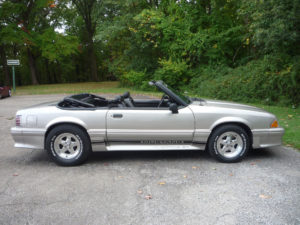 2006 Mitsubishi Evolution IX (Red)
Comments: I drove to Columbus, Ohio to find this. Nicest EVO around, only 1,800 miles on it. I built this car up to a Buschur Stage 5, but overbuilt it for daily driving. It was a great car, really super nice shape. I never got it tuned to its fullest extent, but ran a 12.1 in it on a very conservative tune. Unfortunately I sold the car…. 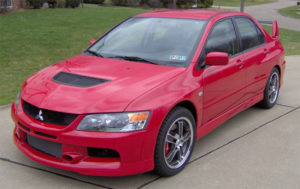 2004 Mitsubishi Evolution VIII
Comments: I drove to Philadelphia to find this at a Porsche dealership in Doylestown, PA. I was in search of a Mustang during this time, but I discovered the EVO, and well fell in love with these “practical race cars”. 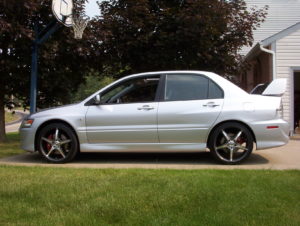 1991 Mustang GT – 720hp monster
Comments: So I buy this car from a guy up near Altoona off an eBay ad. I throw a trailer on the truck and drive up there with the idea of buying the car. I get there, and its a little rough, but its a good price and I am stoked about 700+hp. So I buy the car….well, long story short, it went down the track 4 times. It was supposed to be a 10 second car, but I was just getting used to it and ran 11.6 on the first few attempts. On my fourth run….BOOM!!! engine blows up. The rest is history…..(learned my lesson…don’t buy cars from back yard mechanics) 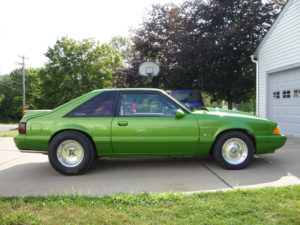 1991 Mazda Miata
Comments: I went way down to Alexandria, Virginia to find this buy. Picked this beauty up for $2700 with a hard top and less than 90,000 miles. I was going to keep it and make it a nice SCCA car, but some stupid driver ran into it on Route 8 and totaled it. But….made a nice profit from the insurance settlement…so I guess it all worked out. 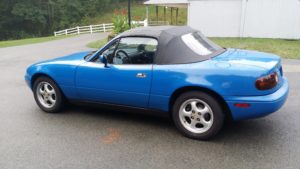 1994 Mazda Miata
Comments: I found this great buy in Harrisburg and picked up a really sweet car. I put on almost 8,000 miles in this car over the summer. It worked as a great autocross car for me too. I ended up selling it for a nice profit even after putting all those miles on it over the summer. 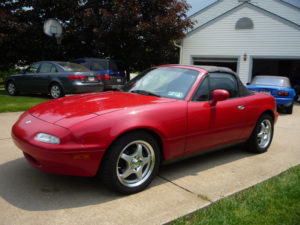 1990 Mustang GT
Comments: I purchased this from a Ford dealer locally. Nice car, but it wasn’t really fast enough for my tastes, so I decided it wasn’t worth putting more money into it to make it faster. I had already been down that road with Mustangs before…. 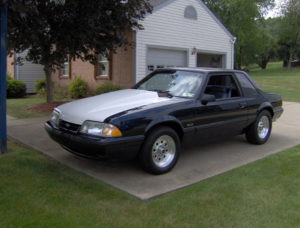 1987 Mustang GT
Comments: I found this great buy up near Johnstown, PA. It had a 347 Stroker, full cage. Guy who I bought it from was running NOS (mid 10’s). I decided to just run all engine, managed to pull low 12’s and lift the tires off the ground. This car had some crazy 60 foot times in the 1.4 range. 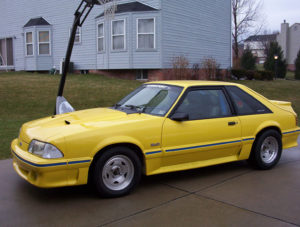 A little sound byte from the exhaust

2001 Mustang Cobra GT – Convertible
Comments: I drove to New York to find this. Beautiful condition, almost “mint”. I really liked this car until I tried to drag race it. Well, the independent rear suspension sucks big time for wheel hop. I ended up only keeping this car for about 4 months, but I drove it around on any nice warm weather day I could find… 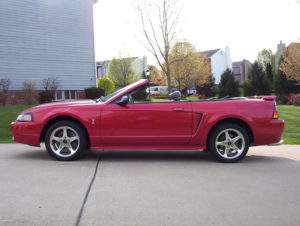 2004 Subaru WRX (actually bought this for my 16yr old son)
Comments: I bought this completely stock, and modded it lightly for my son. He really liked this car, but then “Dad” should have known better not to give a 16 year old a car like this….well we had to sell it….but its still floating around locally…. 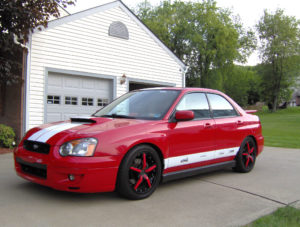